It took almost all day, but I’m done installing my Yaesu FT7900R in my 2008 Mazdaspeed 3. I tried to keep it as stealth as possible. Here’s what was involved:

How did it turn out? I think pretty well. Check out some pics from the crappy camera phone: 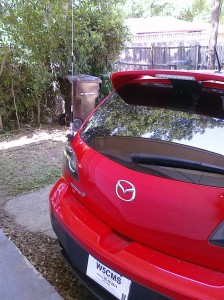 Back of Mazda / antenna 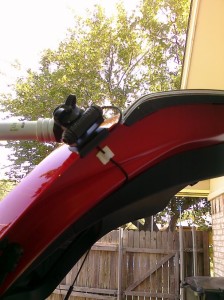 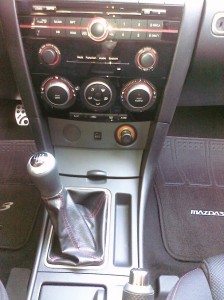 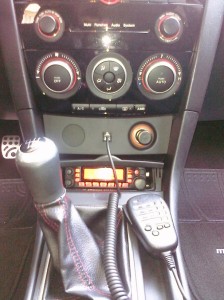