Home » Equipment » So close… but no cigar

So close… but no cigar 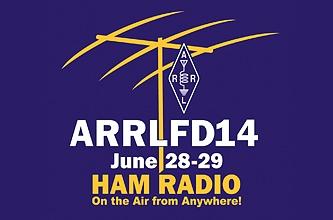 I took the day off on Friday to try to get ready for Field Day this year. I planned to operate as class 1E. Here is what I managed to get done in a little over 36 hours:

It took me a long time to get my soundcard, levels, and all of the software configured. I also spent many hours trying to figure out why my Yaesu G-450A wouldn’t turn (I had tested it earlier) either on its own, or with the ERC controller interface. I have to assume that it is due to me running 18×2 23×6 rotor cable and the fact that I had to splice into the original cable I set up, because it was too short.

So, in the end, I was quite frustrated that I wasn’t able to get on the air to make a single contact, but two hours after field day ended, and with my antenna pointing in the wrong direction, I was able to make a DX contact on PSK31.

The best part is that I am excited to make contacts again in my nice, comfortable shack!